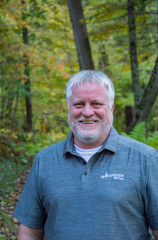 Darrie has a rich history with Riverside. Darrie’s father, Dean Nelson, served as the camp director for 35 years through the American Missionary Fellowship organization. Both Darrie and his wife, Maria, grew up attending Riverside. They have a heart for the ministry that Riverside provides and an excitement for outreach to youth. After working in the investment world in Minneapolis, Darrie answered the Lord’s calling to become the Executive Director at Riverside. Partnering with his wife, Maria, he is currently responsible for all aspects of the camping ministry. 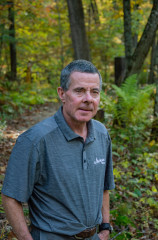 Brian has a desire to work and serve in ministry that reaches out spiritually and physically building up God’s kingdom. He spent 25 years doing custom woodworking, but had great desire to work where eternal life is the goal. When Brian is not working, he enjoys waterskiing with people and watching inspiring movies. Brian has a wonderful wife, Annie, and three sons. He loves working at Riverside because of the common goal of the staff; desiring saving faith and making disciples of Christ. His passion is to grow closer to God and serve Him all the days of his life. 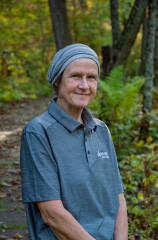 Annie has worked alongside her husband, Brian, in camp ministry and missions. Before their calling to Riverside, Annie had a cleaning business in addition to working with Brian. In her spare time, Annie enjoys reading, crafting, and cooking. The best part of Riverside for Annie is the testimonies she hears from people who come here. Annie loves building relationships and mentoring people for Christ. At Riverside, she looks forward to seeing people visit year after year and having opportunities to get to know them better. She believes everyone who has been to camp has their mark here, big or small. 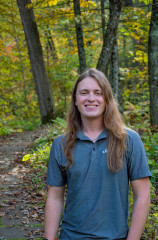 Lucero had been serving in camp ministry for a few years before coming to Riverside in 2020 as a part of the LIFT program. After his first summer of serving as a cabin leader at Riverside, he decided to stay on full-time. He served as the Assistant Program Director for almost two years, then stepped up as the Program Director toward the end our 2022 summer season. Originally from Indiana, Lucero grew up in a family dedicated to pursuing God’s plan for each person and achieving goals that they set. He believes God has called him to be an example of His peace and love, and to show others how God is present in the creation that surrounds us. In his spare time, Lucero enjoys disc golf, singing, playing instruments, and hiking to new and exciting places. Lucero is passionate about helping others at Riverside (especially children and young adults) find their God-given purpose and fully realize the gift of salvation He has given us. 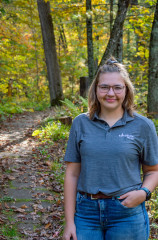 Tessa fell in love with Riverside as a camper growing up. She served on the RSI teen staff as well, which is how she realized God was calling her to work in camp ministry. Prior to coming to Riverside, Tessa worked as a Program Intern at a camp in Maryland where she met her now husband, Lucero. Riverside was a major influence on her spiritual life growing up, and being on staff here is a dream come true. In her spare time, Tessa loves drawing, painting, and playing board games with her family. While working at Riverside, Tessa wants to share God’s true love with every camper that steps foot on the camp grounds, and to use creation to teach younger generations about God’s glory. 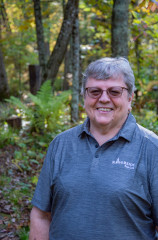 Mickey comes from a long history with Riverside Bible Camp. She attended summer camp as a child, worked as a counselor, and served as a summer missionary for three years while in college. After a career in international missions where she served in Europe for 25 years, she returned to the states and has served many other missions organizations. She became the executive director of an affiliate of Habitat for Humanity in Indiana. She is responsible for growing and maintaining a healthy, growing support team. She works with the Stewardship Committee, serving Riverside’s supporters, including donors, prayer partners, volunteers, Association members, and Riverside Alumni (called RBC Connections). Her goal is to see Riverside broaden its constituency base and provide infrastructure for the camp so that Riverside can continue to minister effectively for many years to come. 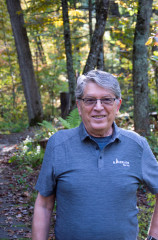 David has a long history in the construction business. He has been a home builder for over 50 years, working for construction companies and various non-profit housing ministries. Before coming to Riverside in November 2020, David was the Construction Manager for an affiliate of Habitat for Humanity. His passion is to provide quality housing for those in need of shelter. His expertise is an excellent asset to the future of Riverside. He loves knowing that his practical skills contribute to the overall ministry of Riverside, helping the camp achieve its evangelistic and discipleship goals. 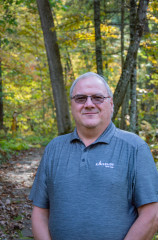 Scott had been living and working in Missouri for six years when he decided he wanted to live closer to his family in Wisconsin. He was directed to Riverside by his sister who knew he wanted a place to stay busy and serve. He is one of seven siblings who all have a love for the outdoors, with many running businesses like tree farms and nurseries. Scott also loves to spend time outside and looks for opportunities to hunt and fish in his spare time. Scott loves Riverside because he sees Jesus here, both in the staff as well as the ministry. He loves serving the campers and watching them grow up through the years, and he believes that God wants him here to do the work that takes care of the people who attend Riverside. He is friends with many families of Riverside and likes maintaining relationships through the camp ministry. 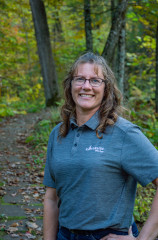 Janee' is a mom of three who has been homeschooling since 2014. She and her husband, Jacob, built a log home in Amherst in 2017 to allow their kids more freedom to use their imaginations outside. Some of her passions include raising her children up to love Jesus, baking, camping, and gardening. Her kids have been attending Riverside Bible Camp since they moved to Wisconsin in 2015. God opened up doors for Janee' to be able to work at Riverside in September 2021 and she absolutely loves the opportunity to work with the staff as the bookkeeper. 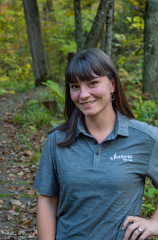 Elyse comes to Riverside with a strong background in Customer Service and the experience of a stay-at-home mom. As Riverside's Administrative Assistant, Elyse has a variety of responsibilities in addition to helping manage the camp's calendar. She is also the point of contact for guest groups who wish to rent the camp for private events and helps produce Riverside's monthly and quarterly newsletters. Since joining their team in October of 2021, Elyse has fallen in love with the mission and the landscape of Riverside. Now that her children are attending camp each summer, she hopes they develop a love for Riverside and its purpose just as she has. 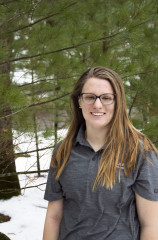 Nikole grew up coming to Riverside as a camper and serving with her family during the summer. As a teenager she served as a part of the RSI teen staff and later as a summer intern through the LIFT program. Riverside has always been a place where she grew closer to the Lord by spending time with other believers out in God’s creation. She was trained as a mechanic during her time in the Air National Guard and enjoys working with her hands. Nikole joined the Riverside team in January of 2023 and is excited to be able to serve at a place she has always held dear while doing work that she enjoys.